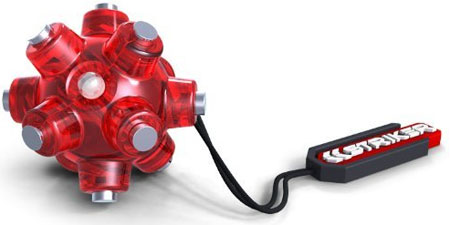 Striker’s magnetic LED light mine may not look like much, but it’s a decent little LED light. Once its novelty wears off (and it will), the Striker mine is still a rather innovative aimable LED accent light. While not really bright enough to be considered a worklight, it’s suitable for light duty lighting tasks.

You can finder the Striker mine for about $7-8, but to be honest it would definitely be much more desireable at the $5 price point.