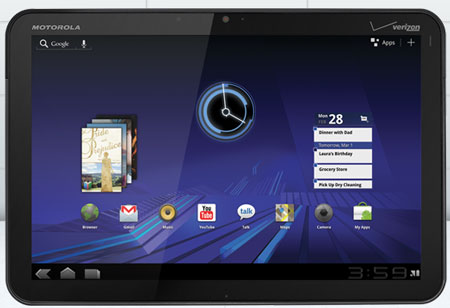 The tablet wars of 2011 are about to begin. At CES 2011, a few new tablet computers have already been announced, but Motorola’s Xoom tablet is turning the most heads.

Pricing and availability have not yet been announced. Initial devices will be compatible with Verizon’s 3G cellular networks but will be upgradeable to 4G compatibility a few months after release.

It remains to be seen if the Xoom will be available as a wifi-only model for those that don’t want to pay for a data connection package.