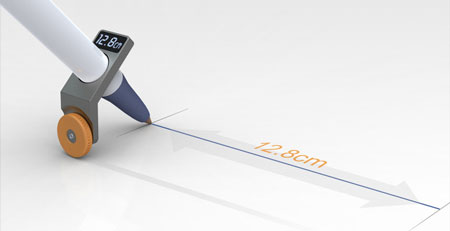 Giha Woo’s Constrained Ball device is a simple pen and pencil attachment that constrains the writing instruments to move in only one direction. This allows for quick, easy and accurate freehand (well, near freehand) straight lines. To sweeten the deal, the attachment has sensors that measure the length of the drawn line in real-time.

Right now it looks like the Constrained Ball is only a rendered concept, but the idea is still pretty neat.

Update 12/2021: 11 years later, this still only appears to be a concept that you cannot buy anywhere.